There are several factors that make sunflowers a highly attractive food plot source for birds and desirable for landowners, as well:

Choosing the right location and planting the right size is key to creating a successful food plot. You might be able to attract doves with a small sunflower plot, but you’ll get them to stay by establishing a larger, well-managed plot with the right surroundings.

When choosing an area for your food plot, make sure there are good nesting and roosting areas nearby. From an agronomic perspective, you also should seek out a well-drained, fertile site that can be easily accessed by planting and maintenance equipment.

The most common food plot sizes are 5-20 acres. You’ll still attract doves if you plant smaller fields, but they won’t hold a good quantity of birds in the long term. Smaller fields will also require you to more closely manage the number of birds harvested and frequency at which they’re hunted. If you’re looking to attract a larger number of birds, larger food plots are better.

If space and budget permits, you might want to consider planting two separate sunflower food plots within the same vicinity so you can hunt them on an even/odd day schedule. This practice can help doves feel more comfortable, which can help you retain more birds. 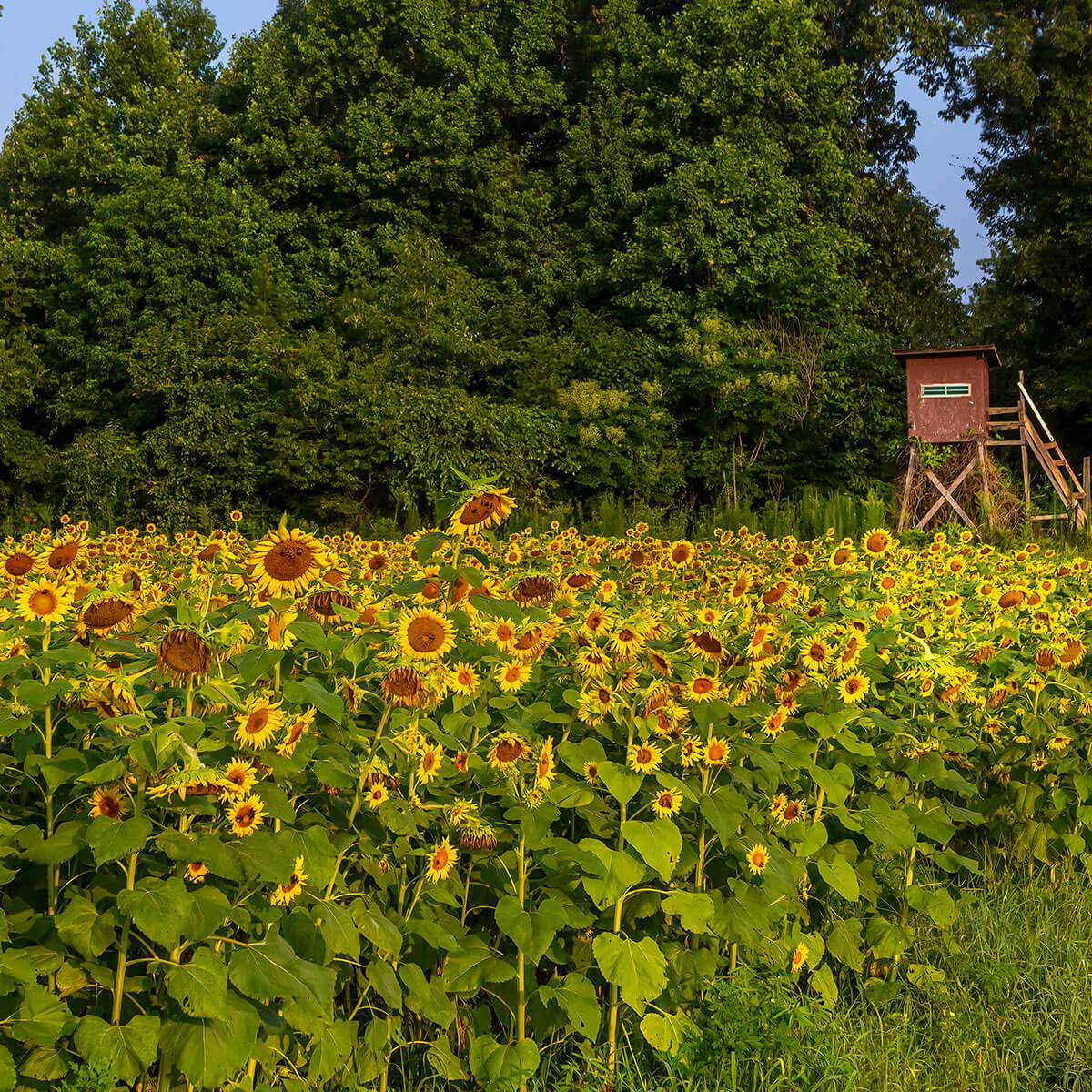 Since mourning doves are federally regulated migratory birds, it’s essential to observe and adhere to all federal and state laws and regulations when creating food plots.

When in doubt, be sure to consult local, state, and DNR game and wildlife official guidelines to ensure compliance. 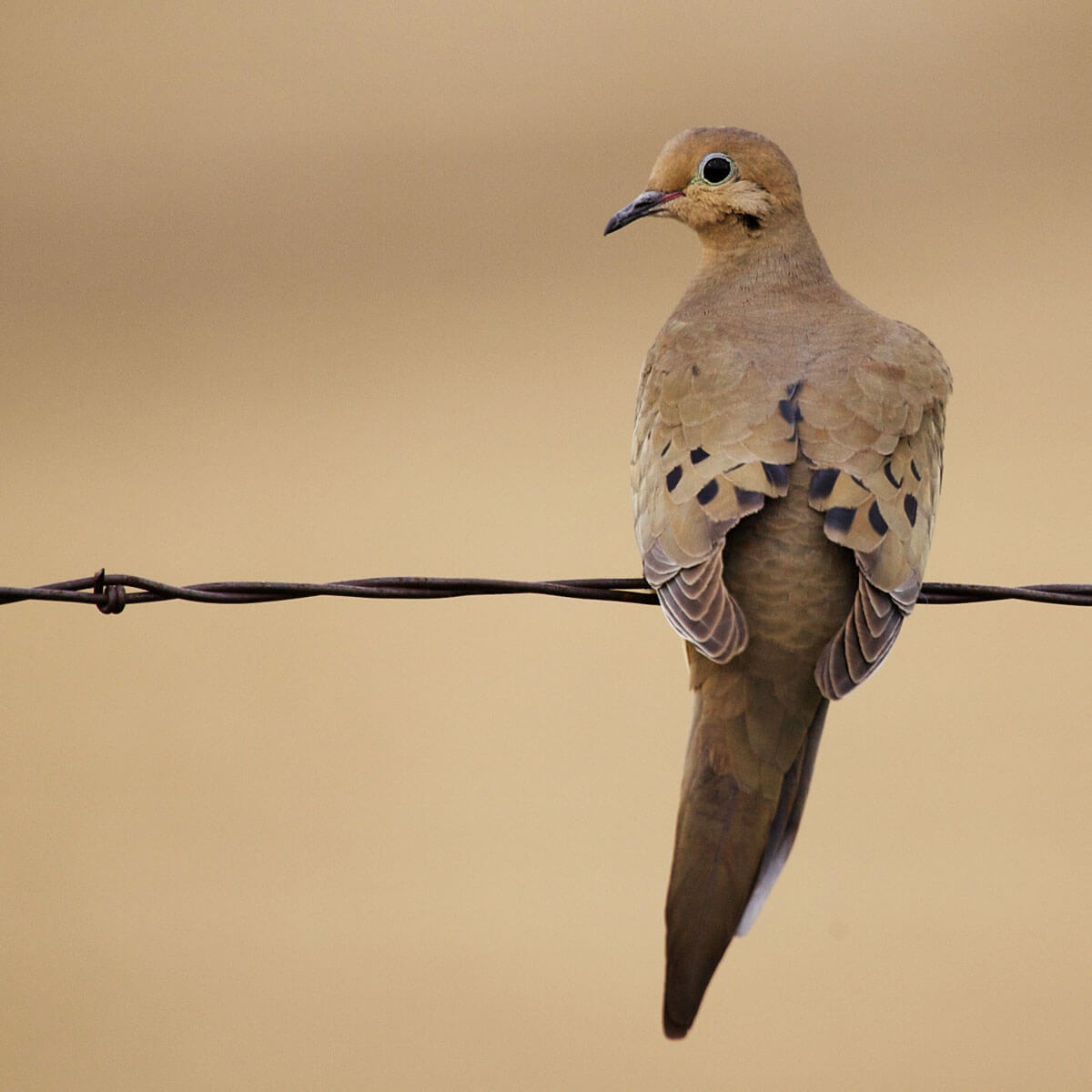 The most common of the North American dove species, mourning doves have a slim body and long, tapered tail. The bird’s quick flight, erratic movements and edible meat make them a popular species among hunters and wildlife enthusiasts. Being lean, dark and tender, many food connoisseurs consider dove meat to be a delicacy.

Mourning doves typically forage on the ground, but occasionally perch on plants to take seeds, as well. The birds eat quickly to fill their crop with seeds, and then return to its nest to digest while resting. Since their diet is so focused on seeds, they regularly swallow gritty materials like sand and small gravel to aid in digestion.

A dove’s diet consists primarily of seeds. While they prefer seeds of cultivated grains, grasses and ragweed, they’re opportunistic feeders and will eat seeds from many other plants. They occasionally eat snails, but very rarely feast on insects.

The breeding range of doves runs from Mexico up to southern Canada. They can’t tolerate cold weather, so fall migration in the northern portion of the range can begin in late August. Most of those birds arrive at their southern wintering grounds by October and November. Southern birds, however, typically don’t migrate.

In the seed business, experience matters. That’s why Armor® Seed is proud to partner with CROPLAN® Seed, which has been a leader in the sunflower industry for more than 20 years. That history and know-how enables us to offer you a broad spectrum of diverse, high-quality sunflower genetics.

Thanks to the extensive testing and screening conducted locally through the Answer Plot® program, we can help select the best sunflower genetics for your operation. We offer genetics that can help manage disease pressure in your fields, with hybrids that can be positioned based on specific field stresses. We also have the latest traits in out portfolio. That’s technology – and experience – you can count on.

Our elite sunflower germplasm is combined with the latest traits and technologies to help you meet the specific challenges in each area of your field, no matter what conditions you face.

The best season-ending yield comes from the best season-starting seed. Our 20+ years of unbiased testing and more than 6 million Answer Plot® data points help pinpoint that seed for you. We provide a broad selection of high-performing seeds. Once in the ground, our personalized in-season insights and advice can help you optimize your potential return on investment on every acre. 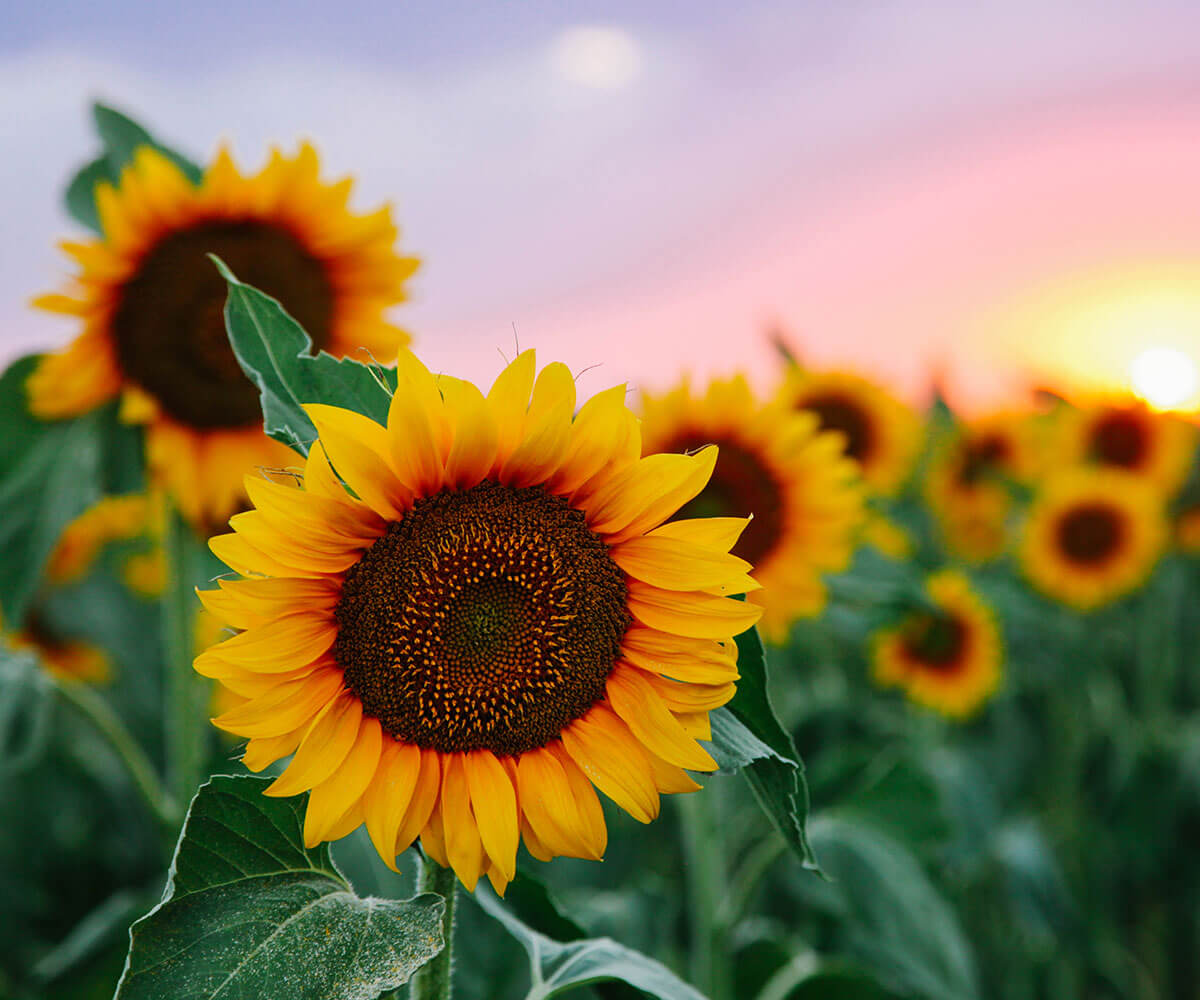