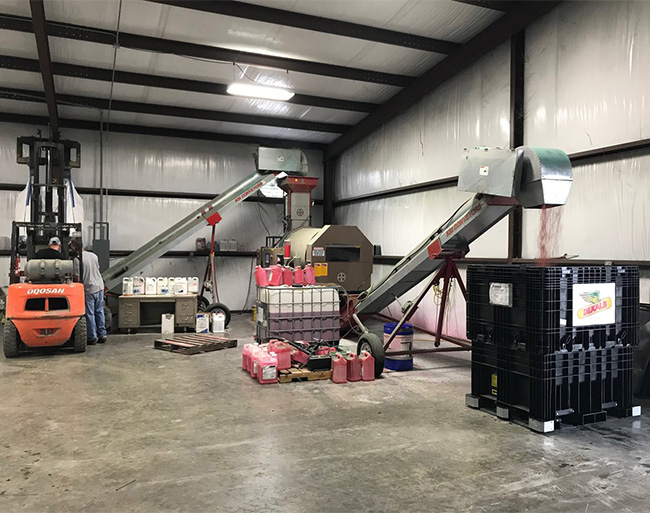 Once a crop has been planted, there is little that can be done to reduce incidence or severity of soybean seedling diseases. Additional stress from poor growing conditions, herbicide injury or other factors may compound problems with soybean seedling diseases. Prior to planting it is important to consider variety selection, seed treatment, crop rotation, seed bed preparation and conditions at planting.

Early detection and diagnosis of soybean emergence problems is important to achieving high yields. Early detection and diagnosis enable you to minimize yield losses by taking prompt corrective action such as rotary hoeing or replanting if necessary, Soybean emergence ranges from six days under ideal conditions to 15 days under more challenging soil conditions.

In years when soybean seed quality could be in question and stand establishment problems are possible, the added expense of a seed treatment could pay off. If you are faced with cool, wet soils at planting time, or if such conditions develop shortly after planting, treated seeds could be the difference between acceptable seedling emergence and stand failure. By the time you see damage from any of these issues it is too late. Replants are always expensive.

Read on for some of the reasons you may want to consider seed treatment for your beans this season.

Other issues you may encounter for which seed treatments could make a difference include:

Poor quality seed resulting from seed coat contamination by Phomopsis/Diaporthe and other fungi generally means lower germination and vigor. Thus, there is a greater chance of seed rot and a longer period between germination and seedling establishment. The longer this period, the greater the chance for disease loss.

Cool (below 68˚ F), wet, poorly drained soils slow germination and the plant-growth processes favor many of the fungi that cause seedling disease.

Seed can begin to germinate in soils cooler than 55˚, but this will slow emergence and reduce vigor allowing seed to be more vulnerable to insects and disease. Soil temperatures above 95˚ can also cause poor soybean germination and emergence.

Early season insects in beans feed on seeds and seedlings causing plant injury, stunting, delayed emergence or stand loss. Stem, root and seedling feeders are often the hardest to sample and are not detected until after they have caused damage.

If you have questions about this, or other agronomic issues, please contact your local Armor Seed sales representative.